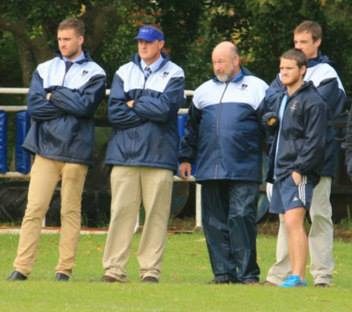 WHY  SCHOOL  SPORT  AND  RUGBY / HOCKEY  IN  PARTICULAR?

Like many others, ‘LOCKDOWN’  has given me time to reflect on many things.  Sitting ‘in my study’ gazing at the garden outside, thoughts about my life in education and sport abound.  On the wall is a Mynderd Vosloo cartoon presented to me by my Rondebosch u16 A and B Rugby teams at the end of the 1986 season.  In it Vosloo depicts me coaching on the Rugby A  (now the Tinkie Heyns Field) alongside the outstanding and inspirational Springbok full back, H O de Villiers and the late Tickey de Jager, who was a legendary Maths teacher and Deputy Headmaster, and a man who along with HO had a massive influence on me and my career.

These thoughts on ‘WHY SCHOOL SPORT’ are inspired by Tickey, whose musings, writing and philosophy made a huge impact on me and my understanding of what was really important. To him (and HO) goes most of the credit for what follows:

One of the main aims of education is to help children to develop as people. But a child will only be really developed by what he is doing if it engages the whole of his attention, if they put the best of themselves into it. There are some pupils that we can influence in this way through their school work, but we can reach far more pupils through their interest in sport or other extramural activities. Through sport a child will often learn the importance of attention to detail, of sacrificing his immediate pleasure and comfort to reach an important goal, sacrificing his own interest to the interest of a group, self-reliance, responsibility and accepting setbacks with good grace.

Let us now consider why young men play sport at all. Well, they play for many reasons – some for glory, some for exercise, some for making friends. But a main reason for playing any game is that people have more physical and mental energy than they need to make a living. It is out of that excess of energy that science and art and music and sport are born. SPORT IS FOR JOY, FOR PLEASURE, FOR  DELIGHT.  It is only because there is more joy in winning than in losing that winning is important. If the determination to win and the method of winning destroys the joy, you have lost the most precious part of the game, you have destroyed that for which you played the game in the first place!

Now to Rugby and HOCKEY.  Both are team games, and so team spirit is important. Unfortunately team spirit for many people means a united feeling against their opponents. Ultimately there is no joy in disliking people. Team spirit simply means that the people in the team like each other. And then, when you are playing, the thirty or twenty two of you are involved in something together. You and your opponents together provide each other with the opportunity to enjoy the game. And so, team spirit also means liking your opponents. “Thanks for the game” is the conventional thing to say after the game. Say it during the game by the way you play.

I have read with interest the comments on the SACS RUGBY website made by those who watched the pen pictures of the 2020 First Team players. Sadly their season will not happen – but in the big picture, saving lives and the suffering of a large part of our own population are far more important. Setbacks followed by disappointment happens, just ask 2019 Rosedale Head Prefect, Tane Wahl! And let us not forget the tragic death of Cullen Keytel to help us to put matters into perspective!

What I am missing / not missing this winter:

For the past six years or so it has been my pleasure to Manage sides coached by Barry van Selm.  I will close with some wise words from the man:  LET  THE  BOYS  PLAY!!

6 thoughts on “WHY SCHOOL SPORT AND RUGBY / HOCKEY IN PARTICULAR?” 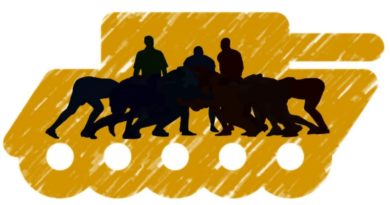