In this article I would like to share some of the ideas and methods that worked for me in the past.

ATTACKING IN THE MODERN GAME

There are many forms of attack.  Attacking off a set piece, attacking in general play, counter attack etc. Today I will focus on and discuss my view on attack off a set piece (scrum and line out). Key factors in attack are the ability to surprise your opposition. Easier said than done. In my experience I found that to be able to surprise your opposition is to become predictable at first to create your own element of surprise. Do the same thing and as soon as the opposition settles for that you adjust and you have your surprise.

In the modern game attacking seems like a difficult aspect of rugby because you have to deal with better coached and skilful opposition. Also there are the magic words everyone focusses on, line speed. In my opinion line speed is ideal to build attacking opportunities off set piece moves. It gives you options and in schoolboy rugby opposition, when coming off the line with speed, struggle to adjust to the change of direction or turning around after a kick.

Attacking off a set piece

There are not many more beautiful sights in rugby than a backline pulling off a practiced move and cutting through the defence.  Every coach has this vision when planning moves for the backline. Remember the purpose of a set piece move is not only to score a try. The goal must be to gain meters. If you get over the advantage line the move was a success and the players should also realise this.

When planning your set piece moves I find that less is more. Too many moves confuse the players and to be honest, it is impossible to do all your moves in a match.  To have success with set piece moves you should:

2. Each of these moves should be practiced over and over. When each move is run to perfection, start by adding different options to the players. For example, instead of 10 running a switch with 12 and passing to 13 on a short line he can play out the back to the blindside wing coming on a deep swerve behind.  The variations of each move are up to the individual coach.

3. Key factors for a move to be a success comes down to the following factors.

Trust – It is vital for the players to trust each other and trust the coach.

Speed – Every player should run at full pace to ensure a move is run fluently.

Awareness – By awareness I mean the players should be aware of where the gaps are and which variation of the move should be played. This requires scenario practice. The players should practice this with opposition to get them thinking on their feet,

Remember, “A set piece move is only as good as the dummy runners. “

4. The surprise inside pass – Always give an option for an inside pass. What I do is to get your blindside wing to run an inside support line as an extra option. 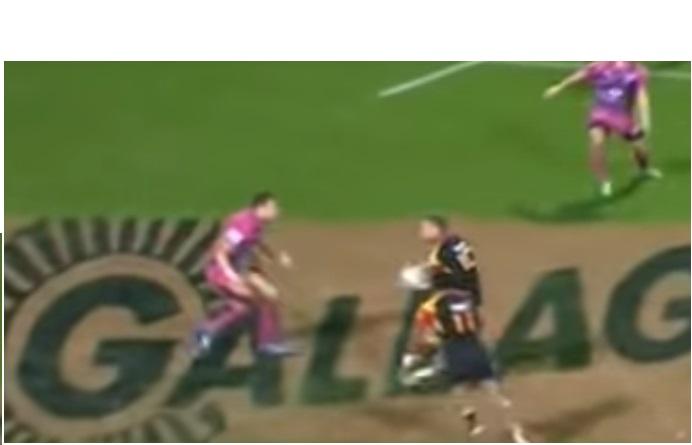 Coaching tips: When running moves at practice you need defenders. Get some forwards to defend when practicing if you do not have enough backline players. Make sure it is 7 against 7.

Also make sure all the backs participate in each move because they might end up being the player in space in a match.

The star player in your backline

At school level every backline has a star player. Whether he is the strongest, most skilful, fastest or just the one with the best feet. Coaches often plan their whole attack around this player. The mind-set is always we just need to get (player x) into space. This might work at primary school levels but the fact is the opposition these days knows where your strengths are. They know which player to focus on when defending and they will target him and their goal will be to shut him down.

This is the ideal situation. Always start by using him as a decoy in your moves.  Not only will this catch the opposition off guard but it shows the other players that you as a coach trust them as well. It makes a huge difference in the attitude your backline will play with.  As soon as you used him as a dummy in a move or two the opposition will realise that they can`t just flood this player with defenders and this is when you get your star player into space.

The grubber and chip kick

In the modern era with the fast line speed the space is often behind the opposition. An effective way to get there is to kick. People often look at a grubber or chip kick as individual brilliance.  Yes, that is true on some level, but what we need to remember is that we as coaches need to coach this. Add this to your set piece moves. A grubber is an aspect that needs to be practiced. Coach your whole backline this. Every player in the backline should be able to kick a perfect grubber. Don`t just assume everyone can do this. Coach them.

Key factors are for the player to get himself in a position between two defenders so that he has a gap to kick it through. The whole backline should be aware that they need to chase the grubber, either to regain possession or to put the opposition under pressure.

1. Practice with two defenders. The kicker needs to drift a little and kick the grubber between the two rushing defenders. Pressure is vital when practicing this.

2. Always add an attacking player who needs to chase and gather the grubber. So work in groups of four (two attackers and two defenders).

Remember, gaining meters is the result of a successful move. 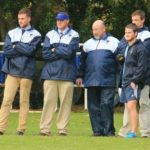