SACS Rugby is very excited to announce an association with BLK (“Beyond Limits Know”) whereby they will be the official kit suppliers for the 1stXV in 2016. This is the start of a relationship which will hopefully grow in years to come. As it is BLK are already in discussions with SACS Junior and SACS Hockey. 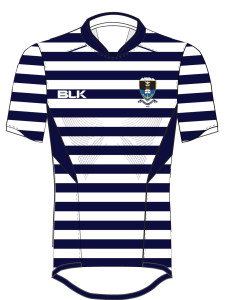 BLK is an Australian brand and in that country they are synonymous with champion teams across all codes including Rugby Union’s Queensland Reds, Western Force and Melbourne Rebels; NRL’s Melbourne Storm, Gold Coast Titans; AFL’s Brisbane Lions, Richmond Tigers and the Western Bulldogs.

They sponsored four teams at the recent Rugby World Cup in England and in South Africa they currently sponsor the Sharks and have just taken on the EP Kings for Super Rugby in 2016.

BLK-SA are represented in Cape Town by SACS old boy and ex-WP Cricketer Peter Martin. They have three factories in Cape Town where they manufacture all their own products and are leaders in their industry in terms of environmentally friendly production.

We at SACS are very excited about this relationship while BLK-SA CEO William Hughes had this to say of the agreement: “We are really looking forward to working with you and seeing SACS going “BEYOND LIMITS KNOWN’.”