arguably the biggest schoolboy rugby match in the world, Inter-Schools against Paarl Gimnasium. On

a warm winters morning they definitely got what they needed. A tough physical battle in which they

were forced to dig deep to eventually prevail 28-13, having trailed 10-9 at half-time. 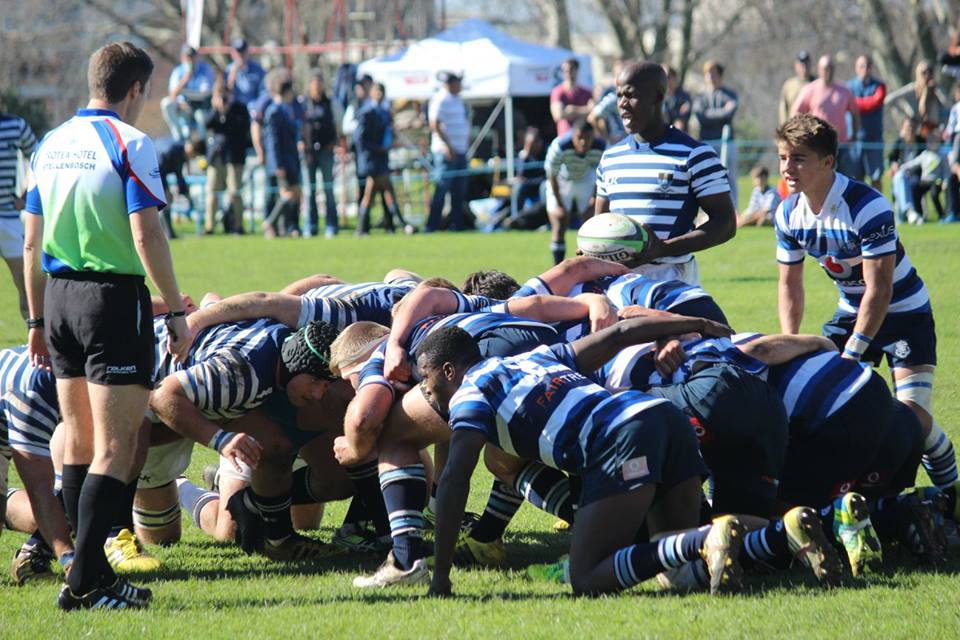 SACS failed to effectively clear their lines from the kick-off and were immediately under pressure.

They conceded an offside penalty and three points in the second minute. SACS had the Boishaai

scrum under early pressure and obtained a scrum penalty which they kicked into the Boishaai half.

scrum. They went blind and didn’t score initially but a few phases later they had secured an overlap

on the right. No. 8 Alex Halvorsen managed to get over and score. Centre Jordy Hop missed the 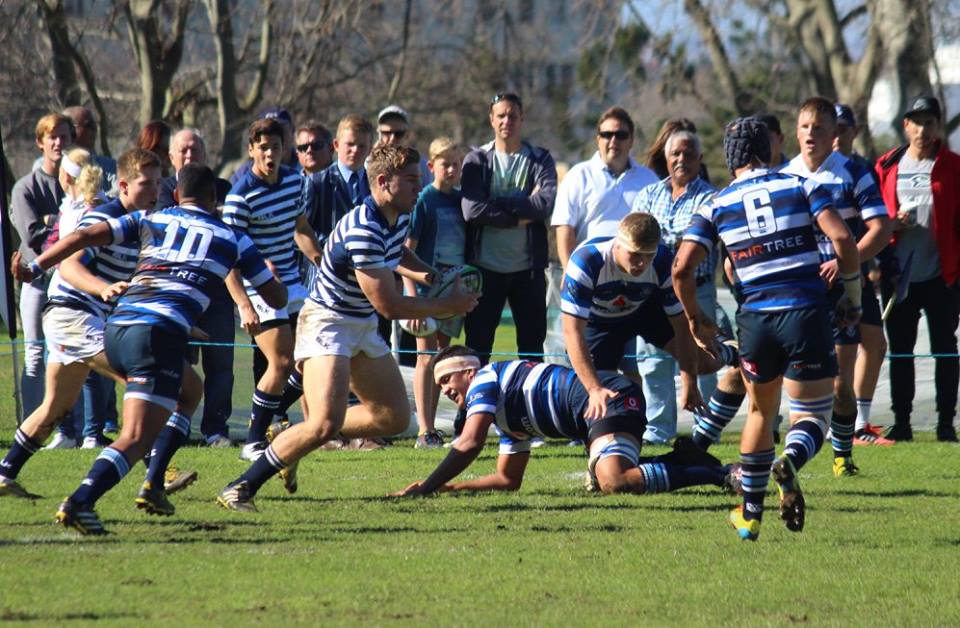 three points when scrumhalf Lucky Dlepu was caught in possession and pinged for holding on. SACS

passed to hooker Liam Larkan who ran in a try from forty metres out. Hop again missed.

SACS had another good opportunity soon after which they failed to convert. The theme of the half

though, was that when Boishaai got into the SACS half they secured points and this happened again

on twenty-seven minute when SACS went offside allowing Lombard to narrow the lead to one point.

The SACS pack played really well in the first half and sucked Boishaai into a physical battle. As

the field to the earlier one allowed them to get in behind the SACS defence. Five minutes in and a

the conversion and Boishaai had regained their early lead. 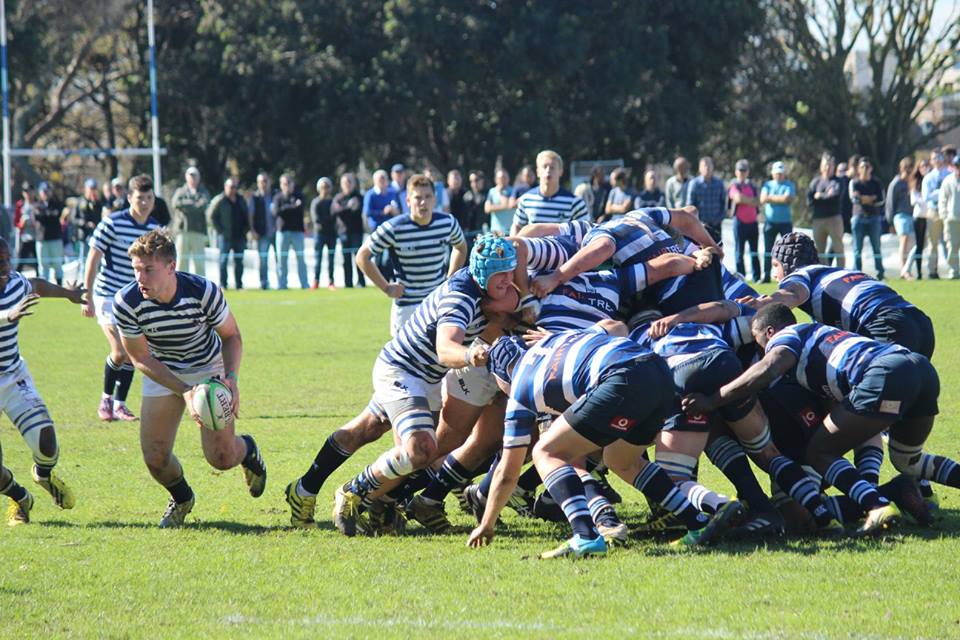 on the Boishaai line. Crucially they did not score and had to settle for three points. They game ebbed

final ten minutes. With nine minutes to play Boishaai finally unleashed their backline from a four-

man lineout near the SACS line. The ball ended up in the hands of left-wing Thaakir Abrahams after

SA Schools No. 8 Khanya Ncusane had done well to open up space for him to score. Lombard kicked

the crucial conversion to stretch the lead to eight points.

The final minutes saw Boishaai camped on the SACS line. SACS defended like Trojans to keep a

marauding Boishaai at bay. Like the Champion team they are Boishaai sniffed blood and went for the

jugular. SACS showed great character as they had all match to keep Boishaai out phase after phase

until the dam wall burst in the last minute when flank Francke Horn crashed over next to a ruck.

Lombard did the rest and referee Divan Uys blew the final whistle to end an epic contest.

Boishaai could have asked for going into Inter-Schools. SACS showed that they can mix it with the

best and will be hoping to take this form into the final three local Southern Suburbs derbies, which