After the long June/July holidays the South African College High School (SACS) travelled out to Bellville High to start the second half of their season, although with only five games to play it is more like the final quarter of the season. SACS had not been out to Bellville High for over a decade but the weather was fortunately a lot better out in the Northern Suburbs than under the mountain.

Bellville kicked off but the ball didn’t go the required then metres. From the midfield scrum SACS put centre Nick Redelinghuys into space. A few phases later and SACS had created space on the right-hand side for fullback Michael Abrahams to open the scoring. Centre Jordy Hop converted from out wide.

In the tenth minute SACS scored again via debutant winger Yanga Tolashe. Four minutes later the other debutant wing Luca Brigham did well to stay in-field before, a few phases later, SACS skipper James Brewer crashed over. Hop converted and SACS were nineteen points to nil up in under fifteen minutes. 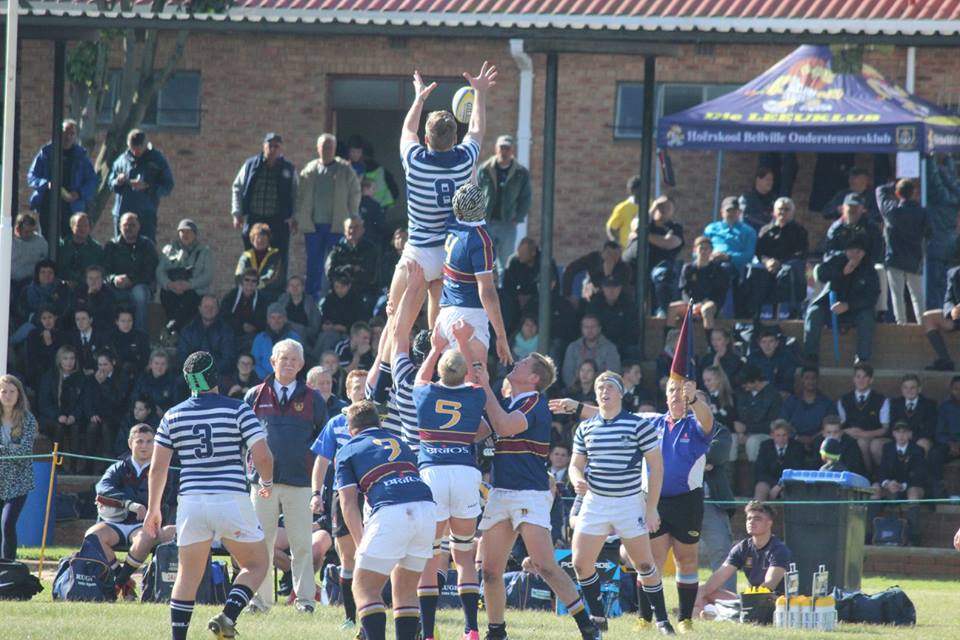 Brigham was once again set free up the left and his chip over the top was gathered on the Bellville line. The hosts counter-attacked and ran the length of the field to score the try of the day. Centre Dan Aspeling finishing off a wonderful team try which contained some deft inter-play. Aspeling converted his own try.

SACS kicked off and turned Bellville over immediately. The ball was won back and man-of-the –match Lance Steytler deservedly scored a try to finish the half, SACS 26 Bellville High 7.

SACS scored twice early in the second half via centre Jordy Hop and hooker Liam Larkan and it looked like they might run away with things. Credit though must go to a plucky Bellville side who fought until the bitter end and produced some enterprising rugby in the second half.

Bellville kept SACS scoreless for the majority of the second half and had the better of the play. They sped the game up and ran some lovely angles to test a tired SACS defence. The rain did arrive with fifteen minutes to go and the match ended in icy cold and wet conditions. Flank Tom Robinson wrapped up the scoring for SACS as he powered over from close range.

While happy with the win SACS will have to raise their performance level dramatically if they wish to compete with the No. 1 team in South Africa, containing eight SA Schools players, Paarl Boishaai next week.