Coming off their wonderful victory over Paarl Gim last week there was the possibility that The South African College High School (SACS) may be complacent going into their match against Durbanville High. Fortunately this was not the case. They hit their straps early and Durbanville offered scant resistance. The final score an almost unfortunate one in the context of schoolboy rugby with SACS winning 100-0 (half time 39-0). 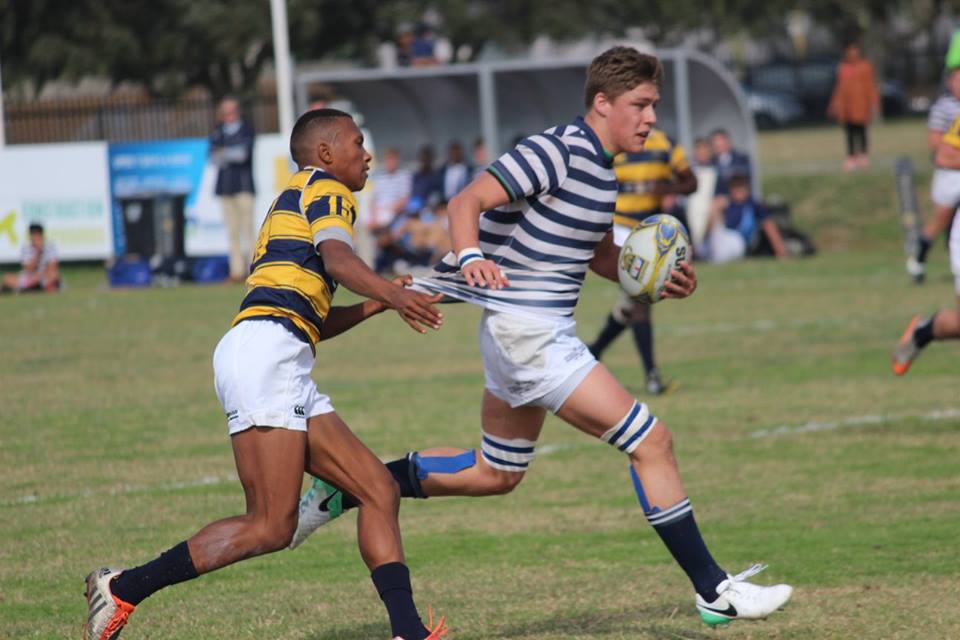 Durbanville have some impressive talent in the age-group teams and the matches were hotly contested all morning and for the first five minutes of the 1stXV encounter. Unfortunately though for the hosts once the SACS 1stXV opened their account if was one-way traffic from then on.

Playing into the wind in the first half SACS ran in seven unanswered tries. Lock Storm Balchin getting a brace but Jordy Hop only converted two.

In the second half SACS carried on their merry way running in another nine tries. Hooker Anathi Kalipa completing a hat-trick while Balchin’s lock partner Jean Minnaar also claimed a brace. He was joined twice on the score-sheet by wings Aaron Zeerderberg and Ben Mazzullo and fullback Michael Abrahams. 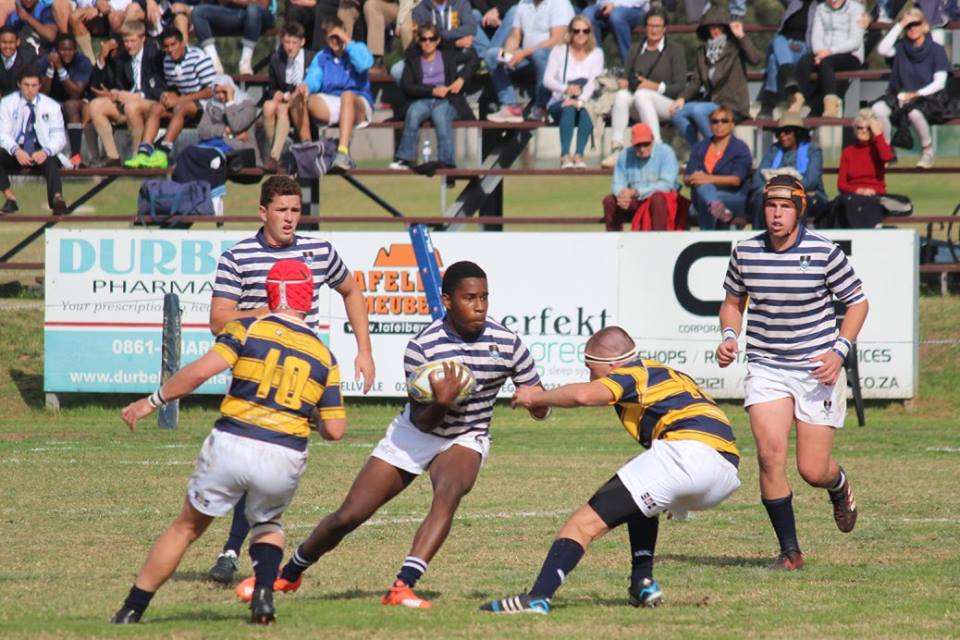 The most excitement of the half came when SACS reached 86-0 with just over two minutes to go. Mazzullo scored in the corner and Hop banged over a snap drop conversion from the touchline to set up an opportunity to go for their century. Durbanville attacked briefly but turned the ball over just inside the SACS half. The ball was flung wide to Zeederberg who raced clear seal an unfortunate fate for the hosts and what must be an all time record victory for a SACS 1stXV.

No-one likes to see such one-sided matches like this but once can safely say that if Durbanville are able to hold onto the junior talent this won’t be happening for much longer.

SACS have two big Southern Suburbs derbies still left to play this term with Rondebosch (away) first up next week. (1stXV Kick-off: 12h15pm)