SACS FINISH ON A HIGH

The South African College High School (SACS) did not allow Wynberg Boys’ High School to end their week of 175th Anniversary celebrations in the manner they would have liked by beating the hosts 31-20 in an exciting encounter. The match, an FNB Classic clash, was played on an unseasonally hot winter’s morning, in front a large crowd and was televised live on SuperSport.

With both team heavily laden with Matrics playing their final matches for their respective schools and with Wynberg celebrating their reunion weekend there was much emotion going into the game. The nerves showed as the teams produced an error filled opening period before settling down and producing some fine rugby. 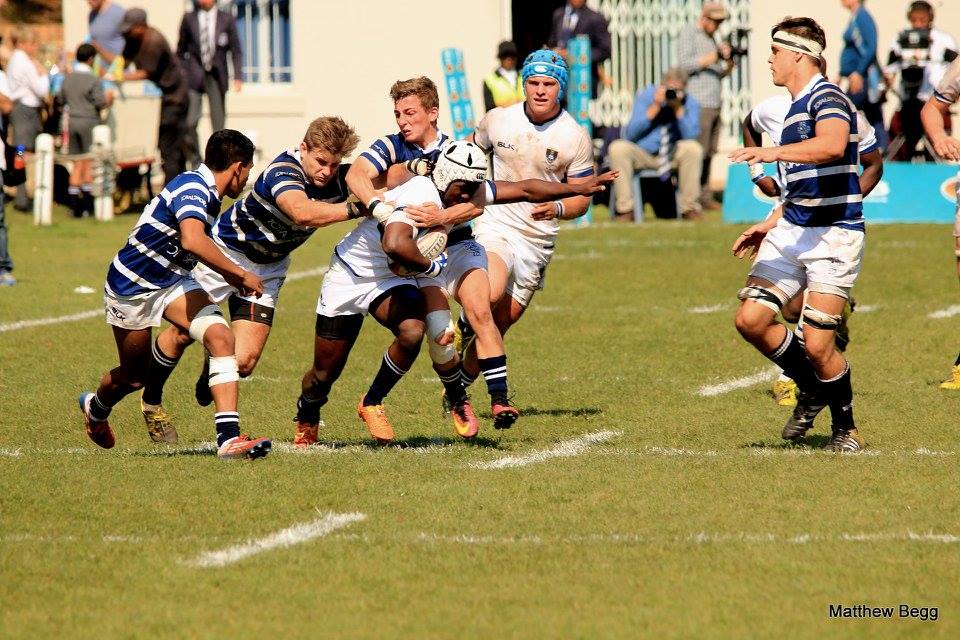 SACS were the dominant team in the first half in terms of territory and possession but a lack of patience and poor execution meant they were unable to convert pressure to points and it was in fact Wynberg who finished the half stronger and led 17-10 at the interval.

SACS took the lead after eleven minutes through a Jordy Hop penalty. Soon after SACS were charged down and were pinged for holding on allowing Wynberg flyhalf Dominic Coetzer to equalise. On twenty minutes SACS scored a fine try. Hop starting a counter-attack from inside the SACS half. A couple of phases later, which included a great carry by SACS captain James Brewer, and his vice-captain and centre Nick Redelinghuys was over.

It was almost inevitable that Wynberg fullback and perennial danger man Labib Kannemeyer would step and spark the hosts to life. On twenty-eight minutes Wynberg punched into midfield from a lineout. They ran a simple change of direction play which caught SACS napping. Kannemeyer carved up the blindside defence, linked with winger Siya Nombakuse, before scoring himself. Coetzer did the necessary. 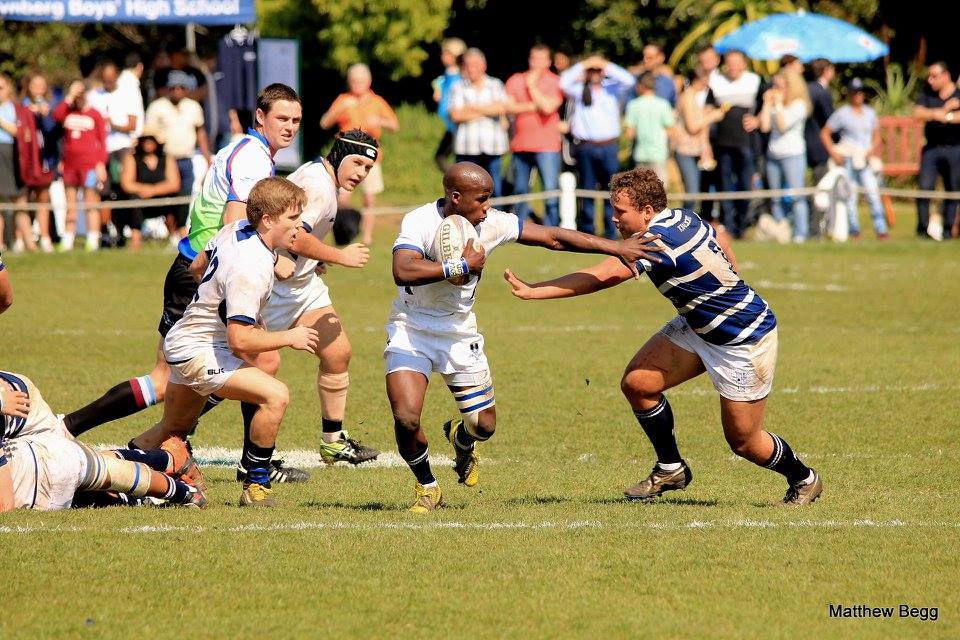 SACS went back on the attack but were again turned over on the Wynberg line. Wynberg worked play back up to the halfway line from where they struck on half-time. Again they launched into a good period of phase play from a lineout, which resulted in a try for flank Callum Steyn. Coetzer again converted to leave Wynberg leading 17-10 as the half-time whistle sounded.

SACS won back the second half kickoff and immediately had a chance to draw level. A forward pass scuppered that opportunity but three minutes into the half they did strike. A multi-phases attack resulting in a popular try for tighthead prop Duncan Ferguson. His first in two seasons for the 1stXV in his final game. Hop drew the team’s level.

Three minutes later and two moments of magic from SACS Craven Week scrumhalf Lucky Dlepu saw SACS take the lead. Dlepu countered from deep to get SACS onto the offensive and then sniped around the side of a ruck to unleash Redelinghuys for his second score.

The next score was going to be vital but it took another twenty minutes to come. Wynberg got their maul going and began using it to good effect. They got close to scoring once before SACS got out of jail. Soon after Kannemeyer again ghosted in on the blindside and put Coetzer into space only for him to slip near the line. Two great kicks from Dlepu again getting SACS out of trouble. Wynberg could only come away with three points from this sustained pressure and SACS led 24-20 with ten minutes to go. 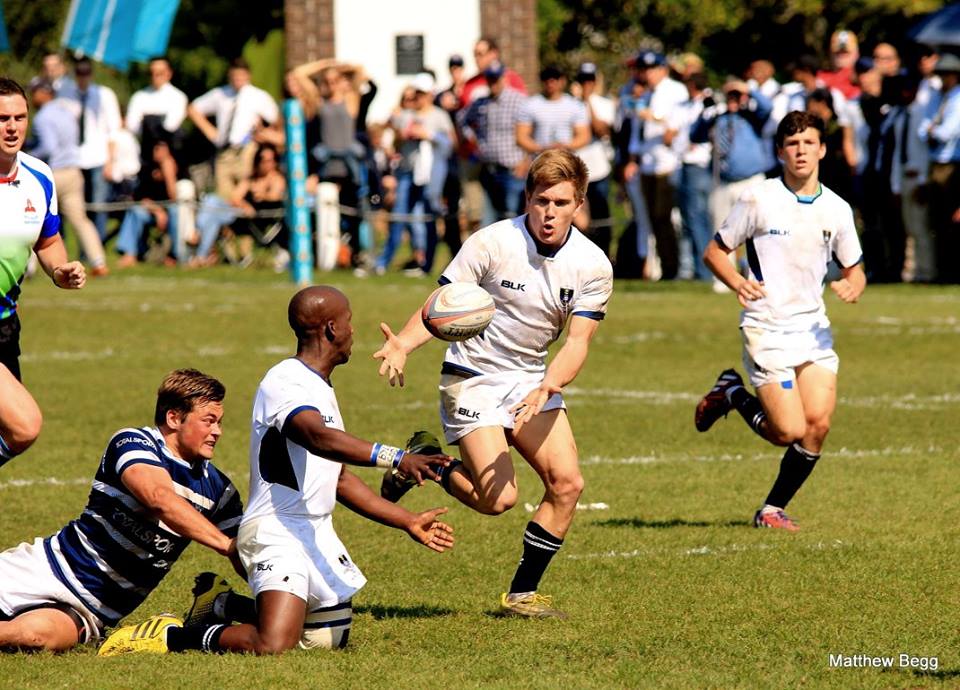 SACS went back on the offensive knowing now that the next score would now really be crucial. They had Wynberg under pressure most of the game with their powerful runners coming hard off Dlepu and eventually on thirty minutes the dam wall broke. Flank Lance Steytler deservedly getting the try after another industrious performance. Hop converted to put SACS eleven points clear and seal the game for the visitors.

Sadly for Wynberg it meant that when the final whistle blew their famous Hawthornden Field was invaded by visitors SACS on the occasion of their 175th Anniversary but their team had played their part in a FNB Classic Clash that once again did rugby in the Southern Suburbs proud. The two oldest schools in South Africa displaying that rugby is alive and well in the Cape.