The South African College High School (SACS) travelled the short distance up the N1 on Saturday to face a talented and threatening Brackenfell High School team. SACS produced an assured and clinical performance to see off their hosts 26-12 (Half time 5-all)

Brackenfell are a quality team in 2017, spearheaded by their mercurial flyhalf Quan Eymann. Brackies were coming off an eighty point win over local rivals Durbanville and they would have been licking their lips at the prospect of having a crack at SACS on their home turf. Sandwiched between fixtures against Paul Roos and Paarl Gim this was always going to be a challenging fixture for SACS but the team looked well prepared tactically and mentally on the day 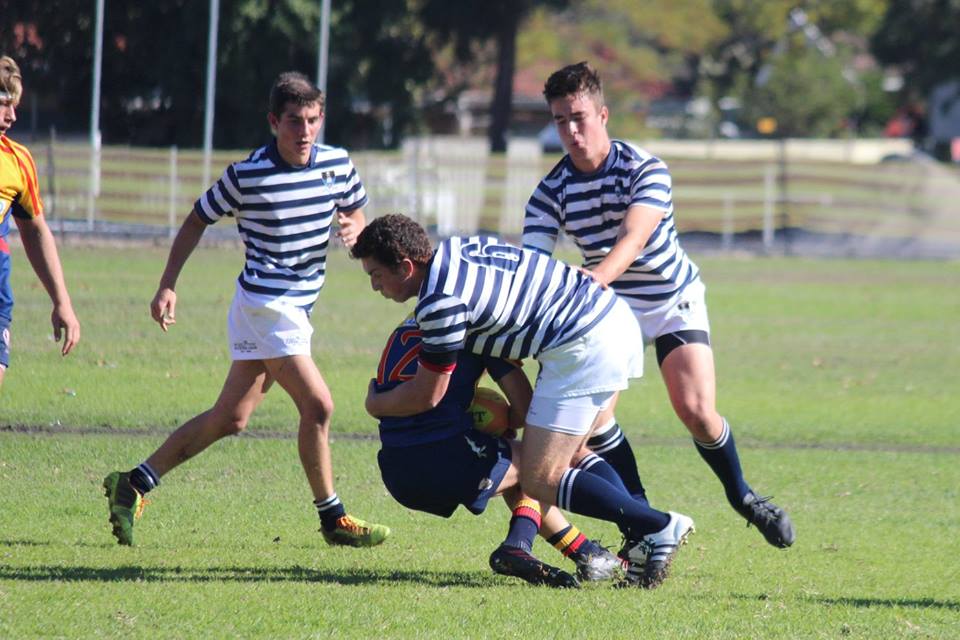 SACS played very good expansive rugby from the outset and seemed to be enjoying the wide Brackenfell field. SACS created numerous line-breaks throughout the first half but a lack of support or poor option taking often left them unable to finish. It was left to prop Ethan Burger to do it all himself and break the deadlock after twelve minutes. Burger used great footwork and strength to break the line and then showed good appreciation of the laws to place, and then re-gather the ball to score.

Brackenfell were reduced to fourteen men on twenty minutes but actually scored during this period. Brilliant offloading between forwards saw them breach the SACS defence around the halfway line. They surged forward and close to the SACS tryline where a few phases later scrumhalf Keegan Joubert darted over to score. SACS created another good opportunity on half-time but the pass was dropped with line at their mercy.

Three minutes into the second half SACS extended their lead. They executed a penalty move inside the Brackenfell 22m-area and from the ensuing line-break flank Sujai Ikemefuna ran a good support line to score under the poles. Centre Jordy Hop converted.

Brackenfell never gave up though and kept attacking at every opportunity. SACS had obviously identified the threat posed by Quan Eymann and they shut him down quickly whenever he touched the ball. He did though create a good opportunity up the blindside for Brackies, which saw the final pass just drift into touch. 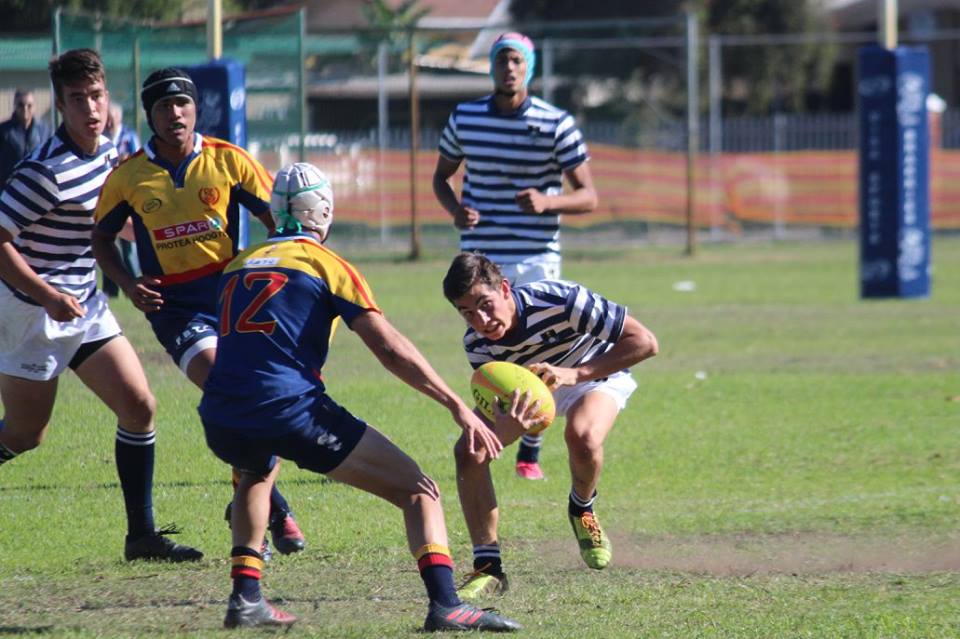 SACS also continued to attack but found themselves often stifled by ferocious counter-rucking by the hosts. Brackenfell were not scared to flood the breakdown when SACS were in the “red zone” and this frustrated the visitors. SACS were forced to rely on long range tries and right-wing Kabelo Mokoena, starting his first league fixture, was the involved in both.

The first came from a chip out of their own half by SACS. It was gathered by Hop who fed Mokeona who ran forty metres to score. The second saw SACS run an exit play. Mokoena broke out of the SACS half and fed No. 8 Oliver Schuurmans who sealed the deal for SACS in the twenty-fourth minute. Hop converted both tries giving SACS an unassailable 26-5 lead with ten minutes to play.

Brackenfell were not going to lie down though and their supporters urged them forward. A series of powerful pick-and-go’s from their pack saw them rewarded with a try scored by lock Jean-Piere Vorster. Time was virtually up though and SACS safely played out the final two minutes unscathed .

It was a good win for SACS who have another crack at one of the Boland powerhouses next week when Paarl Gim roll into town. (Kickoff is 12.30pm. The match will be streamed live by Schools Sport Live).