As they did against Bishops a few weeks ago The South African College High School (SACS) scored at the death to draw with another of their traditional Southern Suburbs rivals, Rondebosch Boys’ High School. Rondebosch led 7-nil at halftime and 14-7 after sixty-nine minutes. SACS captain Lucky Dlepu scoring in the last play to draw the match, 14-all. 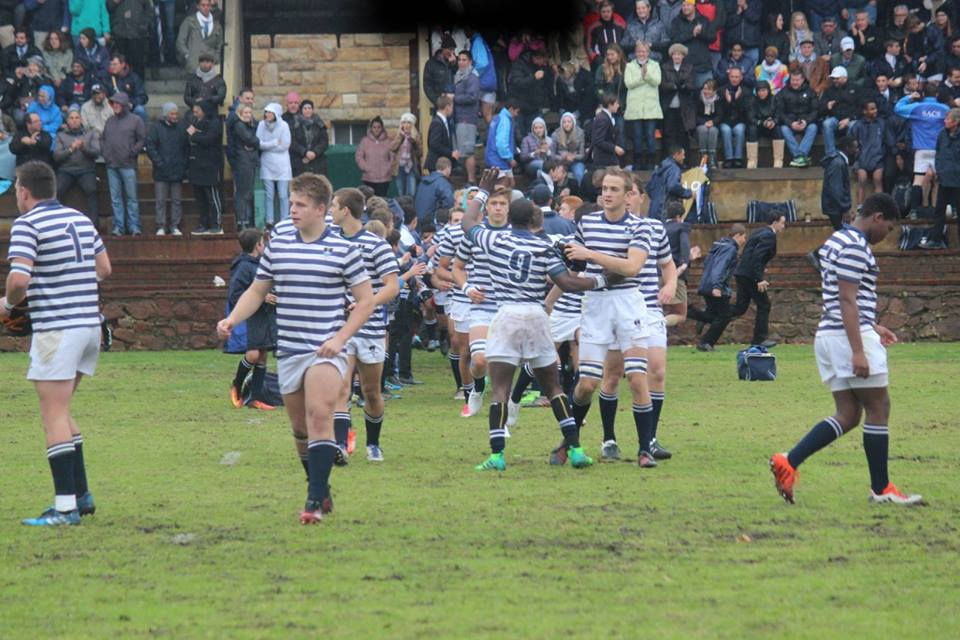 Rondebosch can consider themselves incredibly unlucky not to have won the match having dominated for long periods. The wet and windy weather made the match a physical and confrontational one, which seemed to play hosts hands as they we up for the occasion and eager to put one over the high-riding SACS.

The Rondebosch forward pack were sensational on the day. They were powerful in contact and made multiple double-hits on the SACS ball-carriers Ethan Burger and Josh Barrett. They preferred not to use their regular weapon, the rolling maul much, instead making use of good vacuum plays followed by surges from pick-and-goes. While these worked a treat for the most part they were also part of their undoing in the final shake-up. On a number of occasions when close to the SACS line in the second half and on the cusp of scoring the crucial try that would have taken them two scores clear the referee penalised them for “sealing off” and this managed to keep SACS in the game.

The star for Rondebosch on the day was undoubtedly their captain Robbie Davis. He wore the No. 10 jersey but alternated between flyhalf and his preferred position of scrumhalf but wherever he popped up he was a constant thorn in the side of SACS. Davis has not been selected for any of the Western Province Under-18 teams and clearly had a point to prove against Lucky Dlepu the incumbent Craven Week No. 9. Davis certainly made his point and then some as he scored the hosts first try and created their second for right-wing Joshua Strauss. 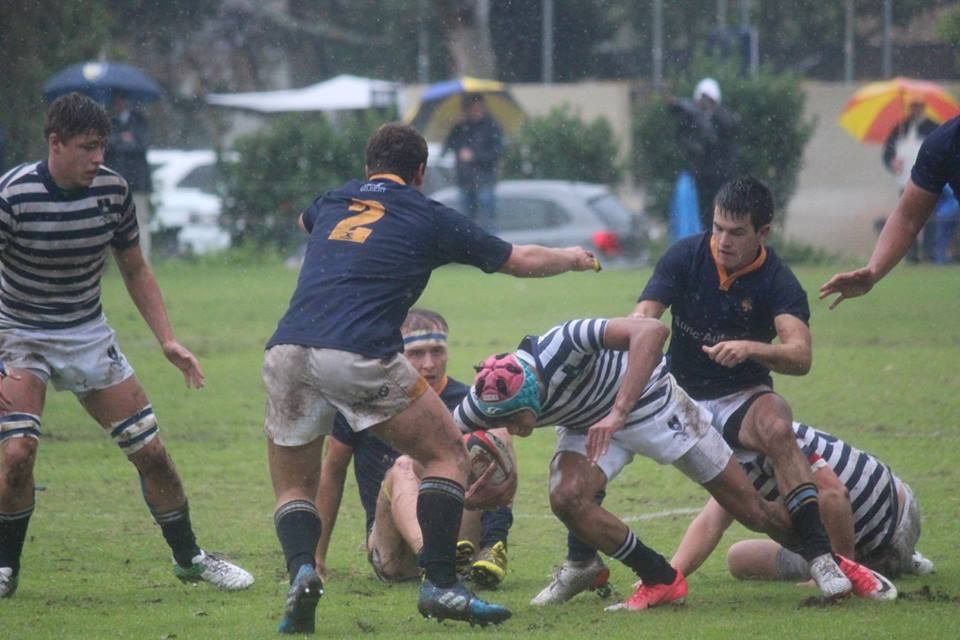 More importantly though he marshalled proceeding expertly with the boot showing very good game management skills in keeping SACS pinned deep inside their half and trying to play rugby from deep. SACS did just that and while they ran the ball back superbly at times is was one of those days when you were always going to struggle to score tries from long-range. SACS would have been better placed adopting more conservative tactics and playing more for field position.

After Strauss had scored midway through the second half Rondebosch were again camped in the SACS quarter for a long period before SACS eventually managed to get across to the other side of the field. A spate of penalties against Rondebosch gave SACS the opportunity to have a few cracks at the line before Dlepu eventually crashed over under the poles. Fullback Michael Abrahams, who had scored SACS’s first try, took the conversion quickly via a drop goal obviously hoping for a chance to get the ball back and have a stab at winning the game but when the kick-off receipt was dropped the referee immediately blew the final whistle.

It was a very exciting encounter between two schools who have shared a number of draws over recent years. Once again, as the 28-all draw in the first encounter last year did, it sets things up very nicely for the return match at SACS on 19 August.