SACS vs Bishops – so much more than a game.

What makes the SACS vs Bishops derby so special? I think it is a collective of a number of reasons. The boys know each other through either their respective prep schools they attended or playing against each other for a number of years in this classic derby. Perhaps it is through social circles. Surely social media has made it feel like they know each other? Parents certainly will know each other living in Cape Town and moving in the Southern Suburbs circles.

The more experienced coaches at both schools will certainly have “competed” against each other for many years, as the staff turnover at each of these fine schools is very low, so teachers would have built good relationships through the annual Triangular and summer sporting fixtures. I know this fixture is close to many teachers hearts from both schools. The particularly nice thing, is that once the game is over, the teachers and coaches enjoy an after match function and socialize like old friends. Now that is what this beautiful game does. Old Boys would have warmed up nicely now on social media and around the fires with decent banter about when they played at school. Long stories about results (sometimes exaggerated) and “in my day” will start to emerge. This adds  flavour to the outing on Saturday morning. Wagers will be made and passion will flow on Saturday from our faithful Old Boys. Fathers who once took to the Piley Rees, will return to watch their sons take to the same field. A special moment for any parent. 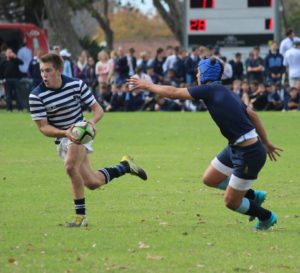 Parents will start arriving at Bishops early to watch their sons play or simply to support their respective sons schools. And then make their way to the Piley Rees for an 12:30 kick off. Bishops will run on from under the poles, as is their tradition and SACS will take the pitch from the tunnel without forming a huddle in the middle, as is their tradition. The boys from each school will start their songs and the the game is set of an epic battle with pupils at full cry.

Both SACS and Bishops boast a proud rugby heritage and tradition, as well as a very healthy respect for each other on and off the field. It is well known that the game of rugby had its origins in this country at Bishops in the early 1860’s, however the Bishops headmaster of the day, Canon Ogilvie, has his boys play a variant of the game and this variant was the game alleged to have taken place between the two schools in 1862.

The first officially recorded game between SACS and Bishops was held in 1873. The first match ever played at Newlands, in April 1890, was contested between the two schools. SACS versus Bishops also served as the intervarsity match of the day when both schools had yet to cede their college classes.

SACS and Bishops have also provided a wealth of Springboks over the years some of the most notable in recent years from SACS include Percival Montgomery, Paul Delport (7s) and Kyle Brown (7s). Bishops can boast Robbie Fleck, Francois Louw and Nizaam Carr from their more present-day era. 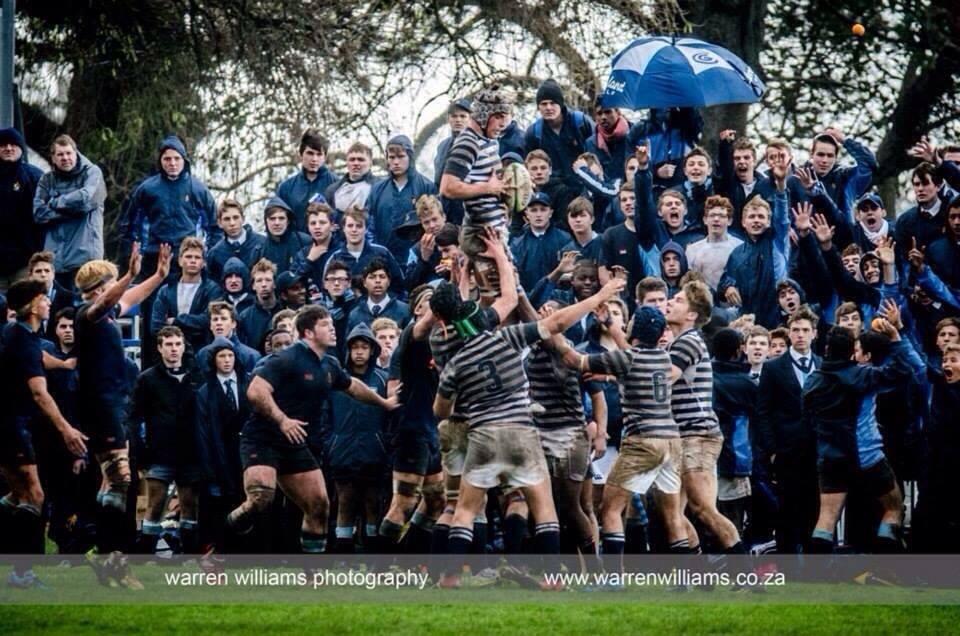 So lets keep this history, good spirit and gamesmanship alive, both on the field and off the field. Let the referees do what they are there to do and not make their jobs more challenging by having our chirps from the sideline. Supporters keep things positive.
“Let the boys play” and enjoy themselves, as they are part of this fine fixture which we all cherish so much.

See you all on Saturday!