SACS and Wynberg will meet on Saturday in their annual derby. The match is always a fixture that is looked forward to by the school boys, parents, old boys and spectators each and every year – this year will be no exception. SACS was founded in 1829 and Wynberg in 1841.

They are two of the oldest schools in South Africa and their contact over the years is steeped in tradition and mutual respect. The first fixtures between the schools are not readily available, but due to SACS’ rugby playing heritage it is noted that ‘Wynberg initially struggled against SACS’ however this changed in the 1980s as Ray Connellan and Eric Tasker reinvigorated Wynberg rugby, and in the process, developed the Cape Schools Week which is now a held every two years at different venues throughout the Western and Eastern Cape. Both schools have produced outstanding Springboks and Wynberg can boast names such as Rob Louw, Lionel Wilson, Dave Stewart and Doug Hopwood while SACS have been blessed with Paul Delport, Kyle Bown and Percival Montogomery in recent memory.

The fixture on Saturday promises to be an explosive encounter with both schools looking to end their first part of the season on a high note. The first team game is always keenly contested and this weekend it has the added flavour of being the SACS Matrics final home rugby match against Wynberg. We wish both schools all the best on Saturday and look forward to some exciting and enterprising rugby. 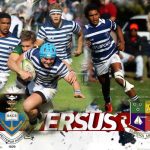 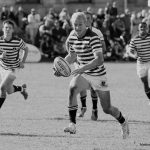