The South African College High School (SACS) hosted archrivals Wynberg Boys’ High School in their annual FNB Classic Clash. The match was played on a lovely winter’s day and being an FNB Classic Clash was televised live on SuperSport. SACS were clear favourites going into the match and, although they never had things their own way, they duly won 37-20 (Halftime: 15-8).

As a spectacle the game match delivered eight good tries but overall it lacked in quality as both teams made numerous elementary errors. Maybe it was the occasion of being on television or tiredness at the end of a long term of rugby and recent exams but neither team really clicked on the day.

Wynberg started well and were first on the scoreboard via a David Botha penalty. SACS went onto the attack for a brief period after that but poor finishing meant they came away with nothing. On a couple of occasion Wynberg found space up the left and wing Chase Hermanus had a couple of good runs. SACS finally equalised on twenty minutes when Jordy Hop converted a penalty.

On twenty-four minutes a moment of magic from Hop sparked SACS into life. From inside his own quarter Hop threw a back-flick pass to wing Ben Mazzullo who ran clear and passed back inside to Hop. Hop chipped over the top. SACS No. 8 Oliver Schuurmans was following up and claimed the bouncing ball to score. Hop missed the conversion.

Five minutes later SACS scored an excellent set-piece try from forty metres out. They set a scrum and used Hop as a decoy to play Mazzullo into space. He drew the fullback and fed centre Chad van der Loo who scored. Hop converted from in front. 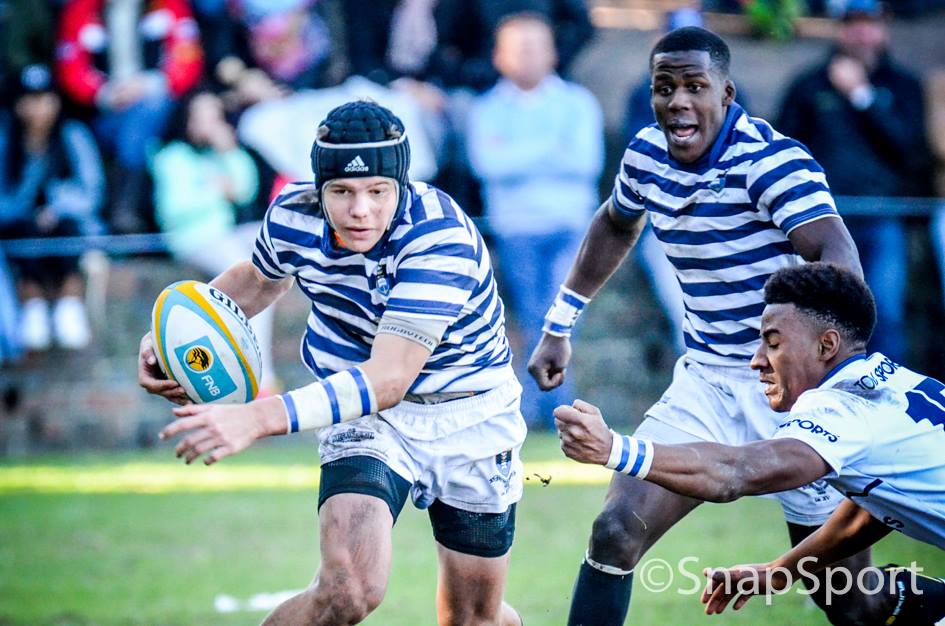 SACS looked set to go into halftime well placed but a bungled counter-attack on thirty-three minutes allowed lanky Wynberg No. 8 Cameron Bowes to intercept and score to bring Wynberg back to within one score range.

Numerous handling errors meant both teams were unable to make early inroads in the second half. It wasn’t until thirteen minutes in that SACS were able to string some meaningful phases together. It started with a turnover secured by Mazzullo on his own 22m-line. Probably frustrated by the lack of ball coming his way he went looking for work in the midfield and made a crucial ruck steal. SACS hacked the ball ahead. It wasn’t dealt with well by Wynberg and SACS secured possession for Burger to score a few phases later. Hop did the necessary from right in front.

Five minutes later Hop read a Wynberg blindside attack perfectly and intercepted to run in a long range score. He converted his own try to see SACS take a 32-8 lead with just under fifteen minutes to play. 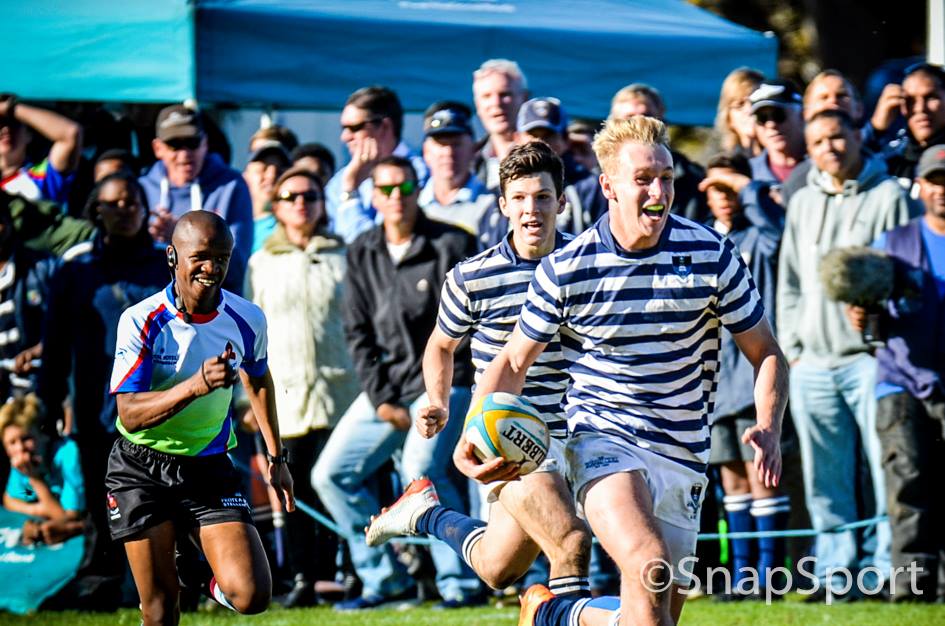 Two minutes later SACS had another good opportunity looming down the right. Instead of simply drawing and passing they took contact and then knock-on in the next phase. Wynberg left-wing Siya Nombakuse scooped the ball up and raced through to score from a full fifty metres out. Botha converted.

With eight minutes to go SACS scored another quality set-piece try. Once again it was van der Loo who finished it off. Wynberg had the final say though when brilliant handling on the blindside saw them put captain and centre Christain Colborne over in the corner.

The match ended with much joy and excitement for the home fans but with the SACS players happy but seemingly aware that they hadn’t produced their best on what was a big occasion for them. Full credit to Wynberg though who played their part in making it a proper derby encounter.

Both teams will be in action next weekend at the Cape Schools Week Festival being hosted this year by Rondebosch Boys’ High.