2017 sees another busy and challenging 20 match fixture list for the SACS 1st XV.

SACS will take on Ligbron Academy for the first time ever. Ligbron is from Mpumalanga and boasts an impressive record in the Beeldtrofee-kompetisie. The 1st XV will also play Hugenote from Wellington at the Wynberg Festival at the end of April.

At the St Stithians Easter Festival, SACS have drawn Michaelhouse first up. Michaelhouse have done very well in recent times with their 2015 1st XV finishing unbeaten for the first time in over a century! SACS then face another challenge from KZN in the resurgent DHS who they last played and beat at the Grey PE Festival in 2014. The final fixture against the famous St Andrews College from Grahamstown promises to be an exciting contest with the boys from the Eastern Cape having a reputation for running rugby.

The bi-annual Cape Schools Week will be held at Rondebosch in 2017 and has been shortened to just 2 fixtures this year. SACS have drawn Border powerhouse Selborne College in their first game and will then play Grey PE in the final game of the week to honour the two departing headmasters Ken Ball (SACS) and Neil Crawford (Grey PE). A truly special occasion for both schools.

As is custom, SACS will once again take on SA schools rugby giants Paarl Boys High (Boishaai), Paul Roos, Paarl Gim & Boland Landbou in 2017. The local home and away derby matches against Bishops, Rondebosch and Wynberg are always wonderful occasions with these fixtures drawing huge interest & excitement within the local community.

SACS also looks forward to visiting Brackenfell, Durbanville and Strand. Despite being in the WP ‘B’ league, these proud schools are always a very tough challenge and nothing less is expected in 2017.

Much for the boys to look forward too! All the best! 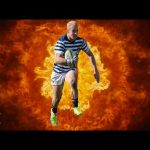