The SACS 1stXV squad left Cape Town on Sunday 30 March for Grey High School in Port Elizabeth to play two matches. Apart from a brief hit-out against Paul Roos at Newlands these would be the first full games of the season and would give the coaches a first opportunity to properly assess the talent at their disposal after a rigorous pre-season.

The first match was against the little known but exciting HTS Louis Botha team from Bloemfontein. They play an exciting brand of running rugby and our goal was to control the game by playing for territory and keeping things relatively tight. We managed to do so for the most part of the first half and led 11-5 at the interval. Lecander Salies had slotted two well taken penalties and Lwazi Monakali had used a turnover ball from a dominant SACS scrum to pick up at the base and score. While the performance was far from perfect the attitude on defence was good which was pleasing.

Louis Botha had already played five matches prior to the Grey Festival and their superior match fitness and cohesion began to tell in the second half. SACS were still ahead 11-10 with 20 minutes to go but Louis Botha hit a purple patch during the middle part of the second half. Their first try was scored thanks to a chip kick and fortuitous bounce but for the next two they cut SACS to shreds with quick taps, speed and skill. The SACS boys were stunned and left disappointed at their inability to close out the game, eventually losing 27-11.

The second and final game of the tour saw SACS pitted against Durban High School (DHS). DHS have been struggling on the rugby field in the last couple of years but are trying to improve their rugby and ran a decent King Edwards VII School (KES) side close on the Monday. SACS started well and were in the lead throughout but careless mistakes kept allowing DHS back into the game. DHS mauled and counter-attacked well and kept asking questions of the SACS defence. 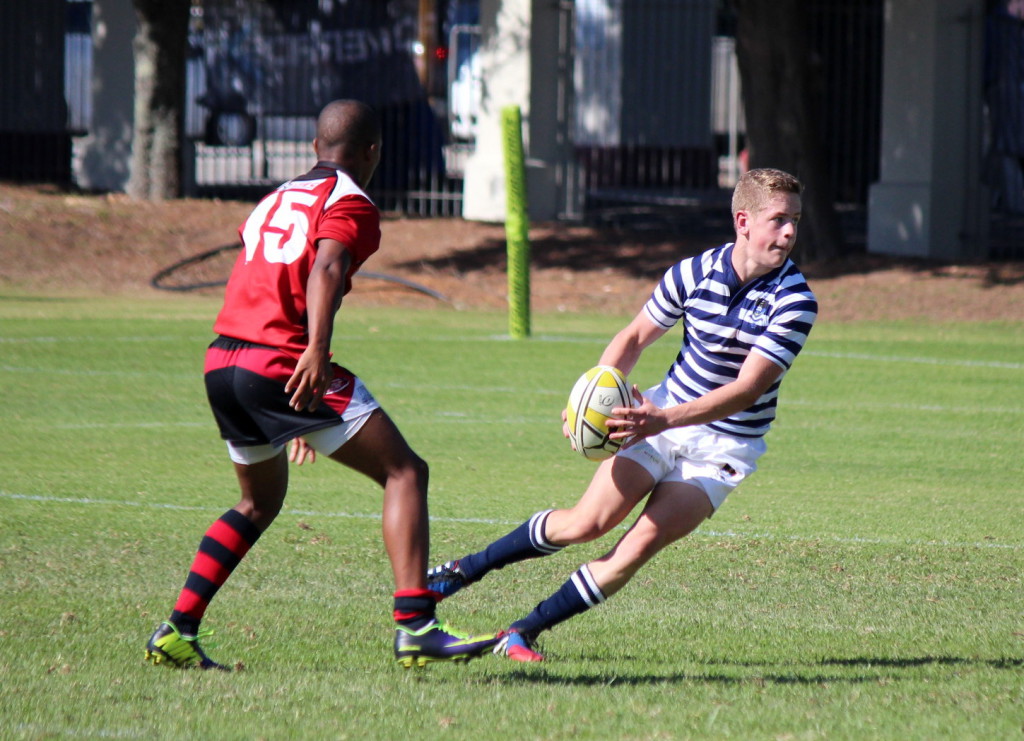 SACS scored four nice tries on the day through Jonathan Rauch, Lecander Salies, Thundzi Dike and Aaqil Ebrahim. Salies converted two of them to see SACS run out 24-14 winners. The first three tries all coming after long passages of phase play which saw the ball go from coast-to-coast and be handled by most of the team.

The stand-out performers on the tour were in fact the two players who received last minute call ups to the squad due to injuries, Kaan van der Walt impressing with his high work rate and Aaqil Ebrahim running good lines and defending well at inside centre.

Overall the tour allowed us to get valuable game time while giving the coaches an opportunity to assess certain player’s performance in match conditions. The boys had a great time as tour allows them to be together and bond away from the normal school environment.

There is still a huge amount of work ahead of us if the 2014 SACS 1stXV is to compete with our local rivals this season but with one win under our belts at least we are up and running! Thanks to the parents who came along and supported us as well as to Mr. Ball for driving up to watch the games.