U16 Match reports from Hermanus

The U16’s played Worcester Gim on Friday afternoon at 2pm. SACS were relentless on defence and really proved what the “warrior” defence is capable of when put into practice. The team kept the game plan and structure which allowed gaps to open and the forwards were able to take the ball up strongly. Nishaad Yacoob crashed over the paint for a unconverted try. We won that game 8- 0. 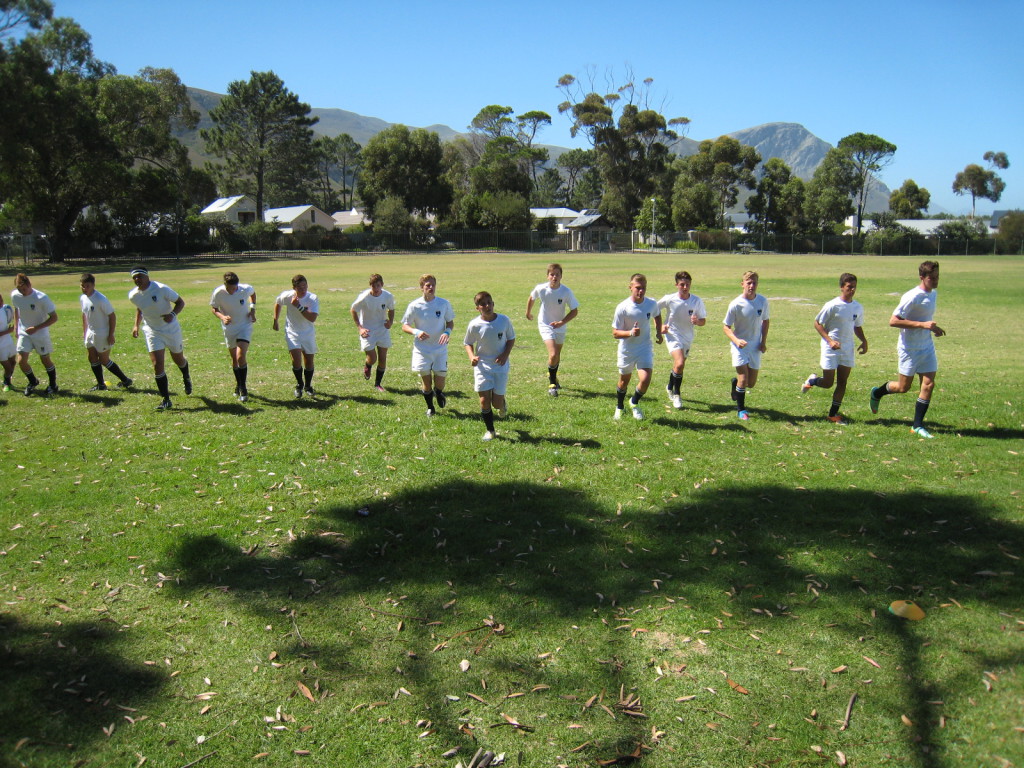 Next up was a tough game against a highly rated Durbanville team. Our defence certainly was not as good as the previous day, but our attack showed glimpses of how this team is capable of playing. A set piece move saw Yanga Tolashe break open the mid-field and run over half the length to dot down under the poles. Kyle Boyd easily converted and we went into the first half 10-3 up. SACS scored again in the second half and dominated the game in the second half to win 15-3. This tour was a great success and certainly gave the coaches something to think about in terms of selection. But their is plenty of time before the first league game against Bishops on 10 May. The team will have a trial fixture on 12 April and then go to Wynberg to play St Davids and St Andrews on the 1 and 3 May.