History of the SACS vs Bishops Fixture

Both SACS and Bishops boast a proud rugby heritage and tradition, as well as a very healthy respect for each other on and off the field. It is well known that the game of rugby had its origins in this country at Bishops in the early 1860’s, however the Bishops headmaster of the day, Canon Ogilvie, has his boys play a variant of the game and this variant was the game alleged to have taken place between the two schools in 1862. 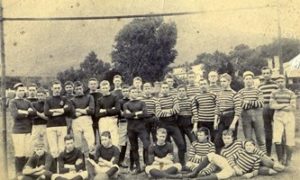 The first officially recorded game between SACS and Bishops was held in 1873. The first match ever played at Newlands, in April 1890, was contested between the two schools. SACS versus Bishops also served as the intervarsity match of the day when both schools had yet to cede their college classes.

SACS and Bishops have also provided a wealth of Springboks over the years some of the most notable in recent years from SACS include Percival Montgomery, Paul Delport (7s) and Kyle Brown (7s). Bishops can boast Robbie Fleck, Francois Louw, Dylan Leyds,  and Nizaam Carr from their more present-day era.

The fixture still serves as one of the most attractive games in the Western Province Premier Division and both schools will be looking to gain bragging rights until they meet again later in the year at Bishops.

Let us hope this Saturday lives on in the memories for all those attached to the two schools for some time to come. 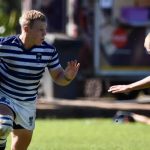