The South African College High School (SACS) travelled up the N2 to play Strand High for the first time since 2013. SACS won comfortably in the end by 55 points to eight, but full credit must go to the hosts who put together some impressive passages of play and actually dominated the first twenty minutes of the second half.

SACS started well, held onto the ball and built phases. They were rewarded with an early try by debutant No. 8 Lukhanyo Gqokoma who ran a lovely inside line off his flyhalf David Hayes. Michael Abrahams missed the easy conversion. SACS struck again five minutes later with a beautiful set-piece try from a lineout. Ben Mazzullo, playing at outside centre, ghosting into space and finishing himself. Abrahams was again off target. 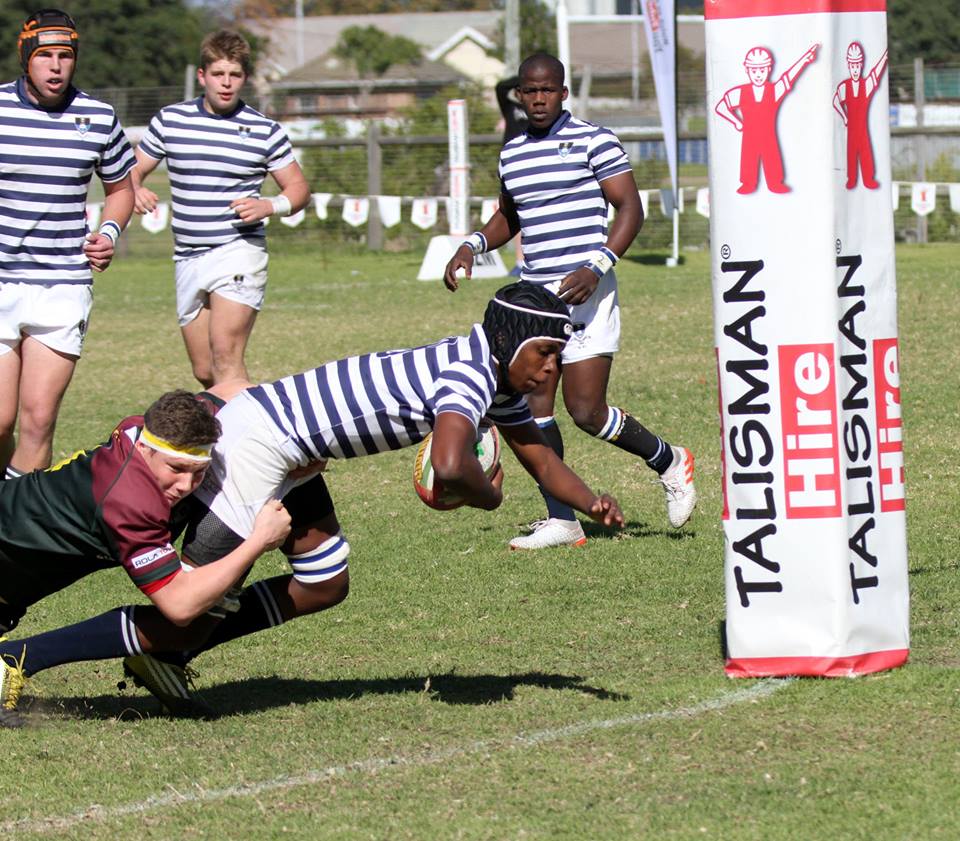 SACS were penalised twice soon after as Strand got into the game. Both the shots at goal were missed but when SACS restarted from the 22 metre line Strand started a counter-attack , which resulted in a brilliantly taken try by scrumhalf Hugan Engelbrecht. The conversion was also missed.

SACS got a bit loose and lateral for a while but when they tightened up they extended their lead again via tries from prop Ethan Burger and left-wing Aaron Zeederberg, who once again ran the classic “Gregan”- line he has used all season. Both tries were converted to see SACS take a 24-5 lead after twenty-five minutes.

On the stroke of half-time SACS started a counter-attack from on their own tryline. They reached the halfway line where play became static before flank Craig Bylin spotted a mismatch, beat his oppose man and ran through to score. SACS went into half-time 31-5 to the good.

The second half was a forgettable affair. SACS raked a tight-head after twelve minutes and replacement loose-head prop Ethan England barged a few phases later. The next fifteen minutes were dominated by Strand who showed some neat touches to test the SACS defence. SACS missed touch on a number of occasions giving the dangerous Strand backs the opportunity to counter-attack. Unfortunately, despite some positive play, all Strand could get for their efforts were three points via the boot of flyhalf Marco Anderson.

SACS finished with a flourish scoring three tries in the final eight minutes to push the score over the half-century mark, Zeederberg completing a brace.

Strand High are in the process of rebuilding their rugby and will have enjoyed testing themselves against SACS. With sponsors on board and an impressive line-up of passionate coaches they will soon be a force in Western Cape rugby circles again.

SACS have three matches left in their season against their traditional Southern Suburb rivals. First on the menu are a resurgent Bishops in what promises to be an exciting encounter at SACS next weekend. With SACS having drawn to both Bishops and Rondebosch in the first term some serious bragging rights are up for grabs over the next two weeks.