SACS BOUNCE BACK AGAINST BOSCH

After a virtual no-show against Bishops the week before, The South African College High School (SACS) bounced back and beat their hosts Rondebosch Boys’ High School on the Rugby A-Field by 28 points to ten. The match was played on another lovely winter’s morning in front of a good crowd.

SACS started full of intensity and spent the first ten minutes in the Rondebosch half. Centre Jordy Hop missed a forty-metre penalty on eight minutes but SACS stayed on the attack and scored from a tight-head raked inside the Rondebosch quarter. Scrumhalf Lucky Dlepu broke blind and from the ensuing ruck hooker Liam Larkin took a flat ball and crashed over. Hop converted. 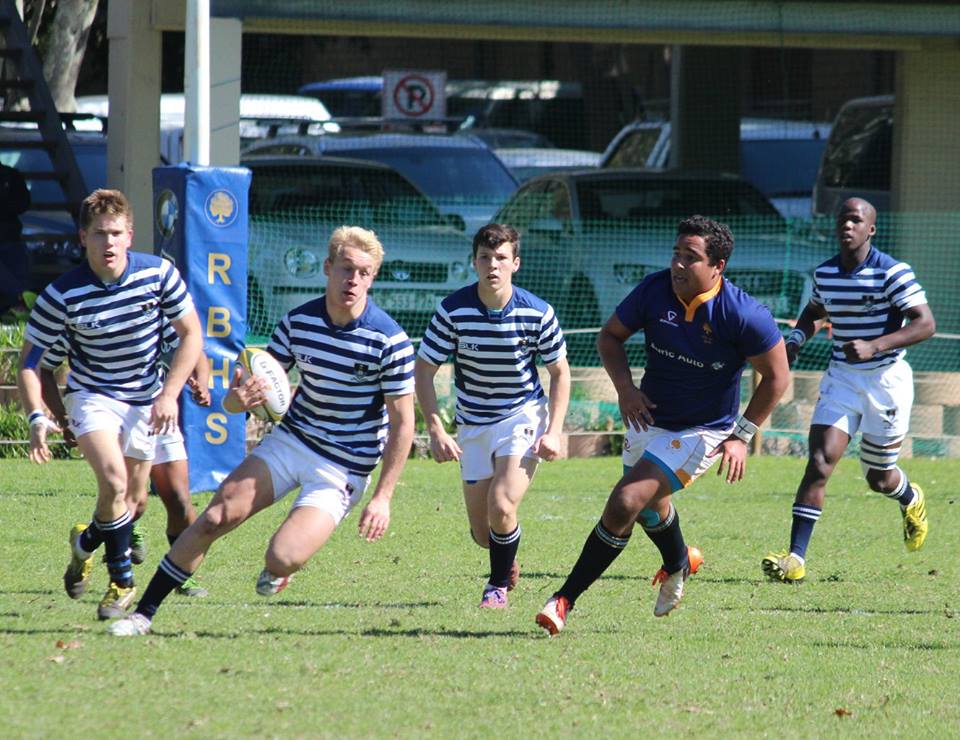 SACS received the kickoff and kicked the ball back into the Rondebosch half. After a bit of aerial ping-pong Rondebosch kicked the ball into touch around the halfway line. Dlepu took a quick throw to fullback Michael Abraham.  Abrahams started a counter-attack and fed Dlepu who cut through before passing inside to Abrahams. Abrahams was heading for the line when high tackled by a cover defender. The referee Pierre Rodgers adjudged a try would have been scored were it not for the tackle and awarded a penalty try to see SACS take a fourteen point lead a quarter of an hour in. Sadly that was Abrahams final contribution as he went off with an injured shoulder.

SACS scrambled their next kickoff receipt into touch and what followed was a prolonged period of pressure from the hosts. In fact the remainder of the half was all about Rondebosch. They kicked a penalty on nineteen minutes through flyhalf Sam Cragg and then continued to lay siege on the SACS line. A good shift maul was held up over the line and another interesting lineout variation on the stroke of half-time was unfortunately not successful for Rondebosch. Their inability to cross the SACS line in the final few minutes of the half proved costly in the final shake-up.

Rondebosch started the second half where they left off and eventually got reward for their strong maul. A tapped penalty, after SACS collapsed a maul, saw livewire scrumhalf Robbie Davis up the tempo as he has done so well all season. Two phases later Davis hit centre Zaka Salie on a flat ball and he was over. Cragg converted and it was 14-10 with twenty- five minutes to play.

SACS responded almost immediately with another counter –attack which resulted in a penalty inside the Rondebosch half. Dlepu followed Davis’s example and tapped and went. The ball was flung out to the left where Hop offloaded to wing Justin Bendeman who scored in the corner. Hop did the necessary and SACS were again eleven points clear. 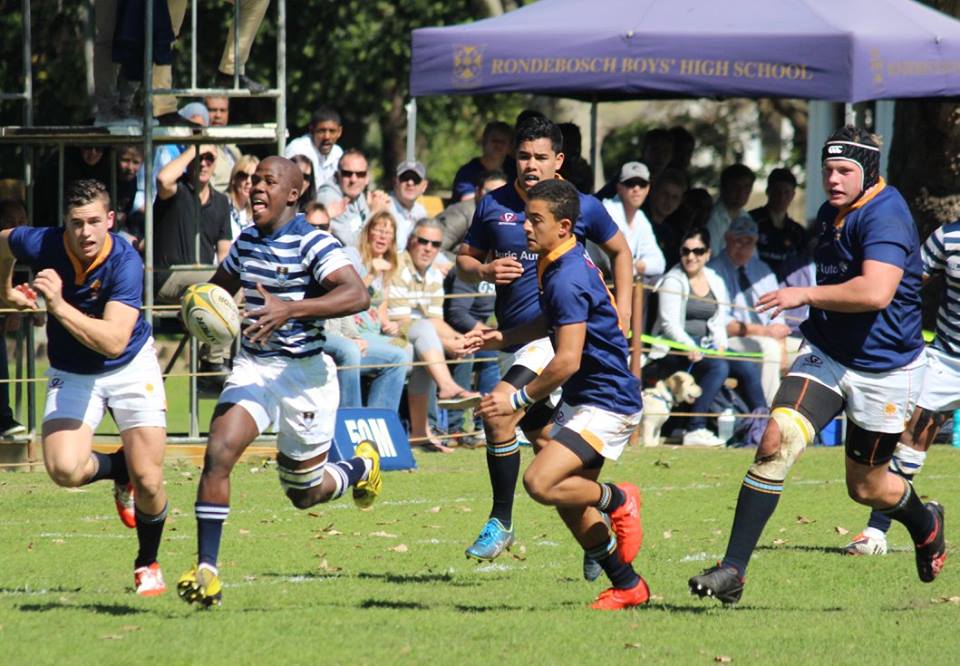 There were still twenty minutes to play though and a champion side like Rondebosch were never going to lie down. With many of their team playing their last match on home soil they threw everything at SACS. The home teams loose-trio led by captain Garth Shenker upped the ante and began linking with their exciting young outside backs DJ Falconer and van der Bijl Blake. Burly prop Chulu Mputing was always available to carry and dominated the close quarter exchanges. The pressure lead to a number of penalties against the visitors from which Rondebosch unleashed their killer maul but SACS were up to the task.

Against the run of play SACS landed the killer blow with ten minutes to play. The move was started on their own twenty-two metre line by their Craven Week scrumhalf Lucky Dlepu. He beat Davis and set off up field. One quick ruck later and SACS had number on the right. Hop did brilliantly against the touchline to free up wing Yanga Tolashe who offloaded expertly in the tackle to Liam Larkin, the Craven Week hooker finishing under the sticks much to the delight of the visiting supporters.

Rondebosch came back at SACS and pushed hard for a consolation try but the SACS scramble defence was on point as it had been all day and they once again held Rondebosch up over the line.  That desperation for the win after letting themselves and their supporters down so badly the week before was probably the difference between the teams as it so often is in these intense Southern Suburb derbies.

The four Southern Suburb rivals are so lucky to have such similar schools in such close proximity and the competition at all levels is fierce. It may sound cliché but it has been proven again over the last two weekends that despite the hours of video analysis and technical tweaking done by the coaches, at this stage of the season the team that WANTS it more on the day usually wins.

This result has set up a fitting finale to another great season as the two winning teams from this weekend, Wynberg and SACS take each other on at Wynberg in their 175th Anniversary year. While down at Diocesan College, Bishops host Rondebosch, the two teams that lost this past week after both winning the week before. In what must be a first both matches will be televised live on SuperSport at 12.15pm and 2pm respectively.