DF Malan play in the Premier B-League in the WP Schools League. They are working hard to improve their rugby hence their request for matches against SACS.

DF Malan is a co-ed school based in Bellville with 1100 pupils. They are an immensely strong cultural and academic school, regularly rated in the Top 20 schools in the Western Cape.  Their girl’s hockey, athletics and cricket are very strong but their rugby has been neglected for a few years.  In the 1980’s and early 1990’s DF Malan had some very good rugby sides and their most famous recent rugby playing old boy is Springbok utility back Werner Greeff who matriculated in 1996.

Johan Smith and Bertus Enslin, a well known rugby man who played centre for and captained amongst others Boland, have started trying to rebuild DF Malan rugby. They are, along with their eager group of young coaches, trying to retain the best boys from the area who may in the past have gone to the Paarl schools. In addition to that they are conditioning their boys correctly and obviously giving them expert coaching.

They were not able to win any games against SACS but the U14A and 1stXV games were closely contested. The SACS U14A came through and won 32-12 but the game was tight until well into the second half.

The 1stXV game was close throughout as both teams struggled to handle the slippery ball. SACS created a number of good chances but resolute defence from DF Malan coupled with poor finishing by SACS meant only led 3-nil at the interval.

SACS got their tactics right after the interval and played better for territory. This immediately paid dividends and within five minutes flyhalf Jordan Chait had converted two more penalties to see SACS lead 9-nil.

DF Malan played with spirit throughout and had a few chances themselves. They came close to scoring on a couple of occasions. With fifteen minutes to go SACS put the game beyond doubt when a chip ahead saw No. 8 Justin Williams win the race for the ball and dot down. Chait was unable to convert but at 14-nil, given the conditions, the game was beyond the visitors.

The game was played in a good spirit and the hope is that this will become an annual fixture. SACS have undertaken to reciprocate in 2015 and visit Bellville for the first time in a number of years. 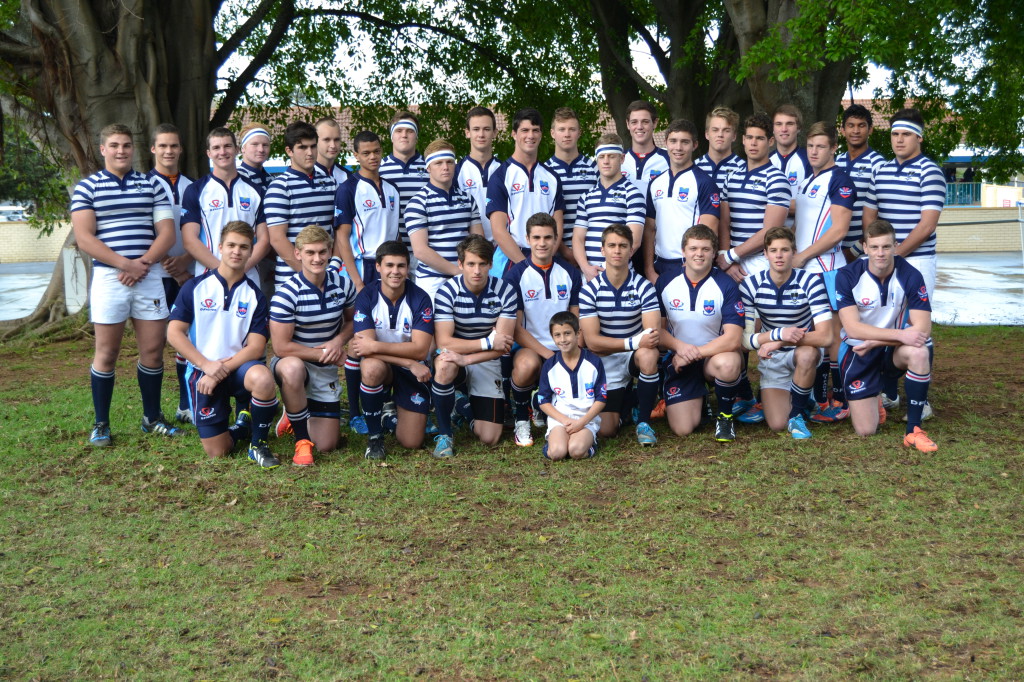