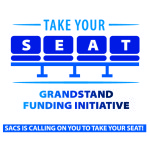 Next Saturday immediately after the Wynberg game we will be launching the “Take your Seat ” video in the Hofmeyr Hall. There will be complimentary drinks for all those who are wearing a Take your Seat wrist band which will be on sale at the door and at the ground for R50. Sanctuary Spa in Newlands have kindly donated a R1200 gift Voucher for a treatment which will go to one lucky “Take your Seat” wristband holder in the hall. So immediately after the game, head for the hall. The drinks will be served for 45 Minutes after the game. There will be more information regarding the campaign given out within the hall and the official campaign video will be launched. 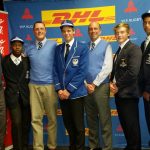