SACS IN SEE-SAW WIN OVER LANDBOU

The South African College High School (SACS) won an exciting encounter against visitors Boland Landbou on an extremely hot day in the Western Cape. As has become their want in the few matches they have played so far this season SACS fell behind and left it late to come back and win 22-18 (Halftime: 10-6). This marks the third time in a row that SACS have beaten Boland at home.

SACS had a forgettable first half in which they made a number of mistakes. Boland were able to dominate possession for long periods and use the prolific boot of fullback Duren Hoffman to pin SACS in their half. Hoffman kicked two early penalties to give the visitors a deserved 6-nil lead after fifteen minutes.

SACS upped the tempo whenever they had possession and came close to scoring through centre Chad van der Loo but had to be content with three points via the boot of his centre partner Jordy Hop.

The last five minutes of the half was all action as SACS managed to pin Boland in the half and launch a sustained period of attack. They tried two penalty moves which didn’t work but a few phases later scrumhalf and captain Lucky Dlepu squeezed hi s way over the line. Hop converted. 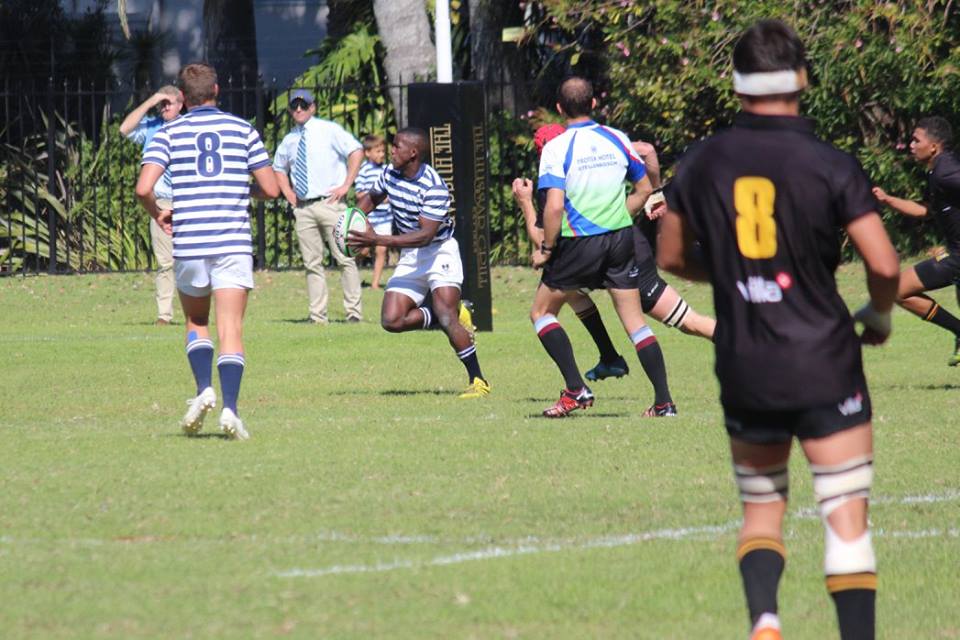 The half wasn’t over though and Boland went straight back on the attack. In a moment they will no doubt rue Hoffman sliced open the SACS defence and should have backed himself to score but he slowed down to look for support allowing the SACS cover defence to halt the move. SACS closed out the half leading 10-6. A score on the stroke of half-time by Boland would have been crucial.

Boland clearly came out with a plan to subdue and bully the SACS pack after the interval. As soon as they won the ball back from SACS they launched a series of pick-and-go’s from thirty-five metres out. It wasn’t pretty but it worked a treat and they scored via flank Hendro Meyer. Hoffman missed the conversion but Boland were in a slender one point lead.

A series of errors by SACS compounded their woes. An overthrown lineout near their own line was gleefully accepted by Boland and after again keeping it close to their forwards tight-head prop Christiaan Oliver barged over. Hoffman was on target and Boland led 18-10 ten minutes into the second half.

Boland had dominated the third quarter of the game but SACS backed their superior fitness and belief which saw them come from behind to beat both DHS and St. Andrew’s over the Easter period.

For a while though it looked as if it may not be their day. A number of balls were dropped when in good attacking positions and from one Boland ran a brilliant running exit which saw them get well back into the SACS half.

With three minutes left though SACS won a scrappy lineout ball on the Boland 22m-line. Some near interplay between their halfbacks got them go-forward before clever use of the inside ball against a tiring Boland defence saw wing Aaron Zeerderberg go close. Two phases later right-wing Ben Mazzullo popped up on the left hand side and dived over the score the winning try. Hop converted and SACS had to go back and take the final kick-off. They duly did so and cleared to touch to seal a hugely important win.

Boland Landbou travel to Wildeklawer next weekend where they face two very tough opponents in Grey College and Monnas. The SACS 1stXV will only play one match at the Wynberg Festival next weekend against Bellville High on Saturday. 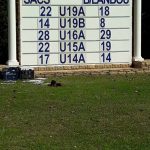